Our showroom is still open, but we are taking every precaution necessary to ensure your safety. Some of these precautions include:

Your safety and security remain our top priority. We are closely following the guidelines of local health officials and the CDC in response to COVID-19. To learn more about the measures we are taking to ensure the health of our customers, and employees, call (661) 397-2744 today!

“If you think the garage door industry has been inundated by fake business listings on Google Maps, we now have a study to prove it.

A study examining Google Maps listings for garage door repair companies in five randomly selected U.S. cities was conducted in March 2020, and the results are alarming.” 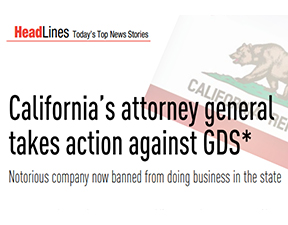 Notorious company now banned from doing business in the state.

On Dec. 8, 2017, Xavier Becerra, the attorney general of California, officially revoked the contractor’s licenses of GDS (aka Global Development Strategies, Garage Door Services, Garage Door Service & Repair, Neighborhood Garage Door Services, et al.). The action bars GDS from doing business in the state. Becerra’s action is the result of more than two years of work by the state’s Contractors State License Board (CSLB), which piled up dozens of violations by GDS. This license revocation means that GDS must wait five years before applying for reissuance or… Read the full article here.“ 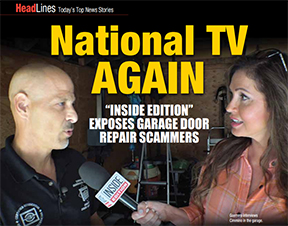 What appeared on TV

On Sept. 16, 2019, “Inside Edition” (IE) broadcast a 4-1/2-minute investigative report, titled “Will Garage Door Repairmen Be Able to Find a Simple Fix? Inside Edition Puts Them to the Test.” IE rigged a detached garage in Montclair, N.J., with many hidden cameras and one problem: an unaligned photo-eye. Two industry experts, Andrew Cimmino of Christie Overhead Door in Staten Island, N.Y., and Mark McManus of Door Boy in Berkeley Heights, N.J., confirmed to IE that the only problem with the garage door system was the unaligned photo-eye. IE’s Chief Investigative Correspondent Lisa Guerrero then called eight door companies to fix the problem. Of the eight, only two attempted to… Read the full article here.“

Legal threats prompt investigation. Charan Gohlwar, owner of Precision Door of Phoenix, doesn’t want you to read this story. Not only has he threatened legal action against me personally, but his lawyer has also sent ominous letters to the legal counsel of DASMA (Door & Access Systems Manufacturers Association), to the International Door Association (IDA), and to IDA’s president-elect Kevin Pettiette, who was also…

Editor’s Note: Over the years, more than a dozen employees and technicians of GDS* have approached us. They usually want us to know that our stories about this notorious company have been accurate, and they sometimes are willing to “tell-all.” Nick Frederick is a special case because he was with GDS from 2012 to 2018, he was a manager, and he knew about the company’s response to major developments, including the award-winning investigative report in 2015 (“The Worst Garage Door Company in the Nation”), the 2017 conviction of GDS technician Tim Patterson, the revoking of their California business license, and Google’s shutdown of GDS ads. This is Nick’s story…  Read the full article here.“

THE WORST Garage Door Company in the Nation

“Man, you’re goin’ to hell.” So said A.J. Viola, the GDS trainee, to his trainer. After getting hired by GDS in March, Viola was riding with another tech in Southern California. They came to a customer who was in a hurry and told them to “just get it fixed.” “We could have done the job in five minutes, but the tech deliberately took his time, and then charged the customer about $1,000 for 10 rollers and a couple of hinges. I was stunned.” At first, he didn’t say anything to his trainer. But soon after that, they came to a customer who just needed hinges and a strut. The trainer showed Viola how it’s done: he charged the customer “$900 for about 10 minutes of work.” When they got back in the truck, that’s when… Read More 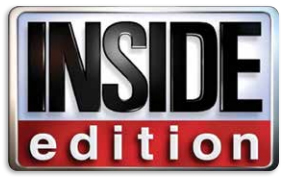 Clippings | Garage Doors and Openers in the Media

Clippings are brief summaries of recent news articles in the consumer media. These stories offer a peek at how garage door companies and products are being reported to the public.

On Oct. 28 and 29, “Inside Edition,” a nationally syndicated television news program, broadcast two reports of its hidden camera investigation into garage door repairmen. An estimated five million viewers watched each report. The only problem in the setup was a tilted photo eye on a garage in Midland Park, N.J. One technician with “Garage Door Service” on his shirt wanted to replace the spring for $450 to $550. When exposed by reporter Lisa Guerrero, he jumped in his unmarked van and… Read More 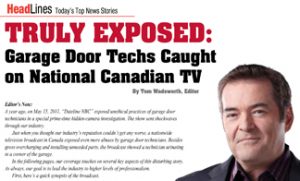 Editor’s Note: A year ago, on May 15, 2011, “Dateline NBC” exposed unethical practices of garage door technicians in a special prime-time hidden-camera investigation. The show sent shock waves through our industry. Just when you thought our industry’s reputation couldn’t get any worse, a

Besides gross overcharging and installing unneeded parts, the broadcast showed a technician urinating in a corner of the garage. In the following pages, our coverage touches on several key aspects of this disturbing story. As always, our goal is to lead the industry to higher levels of professionalism. First, here’s a quick synopsis of… Read More

Tips for Consumers – How To Choose the Right Garage Door Company

We know that within most markets there are companies and individuals who prey on consumers, especially ones who are not fully aware of how to locate a professional. Unfortunately, this is true within our very own industry and profession.

One tool you can use in your area is communicating these tips on how to locate a professional door business. You should share these tips with your local… Read More

What Our Customers Are Saying

Amazing and prompt service. They covered every detail. Very pleased with the entire process. Amazing attention to detail. - Troy M

About Us Services FAQ